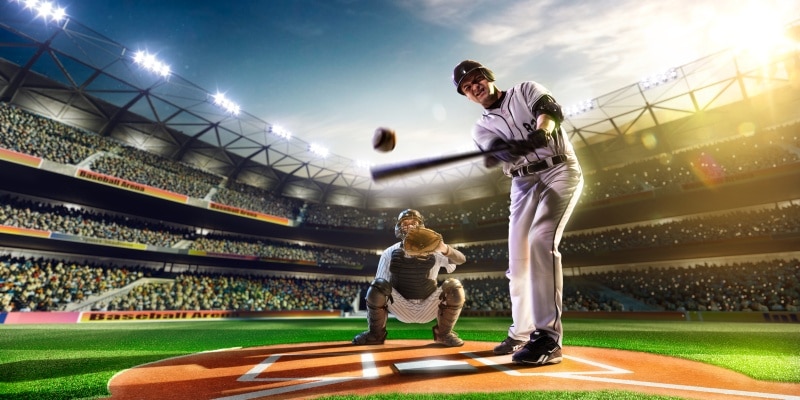 The quickest way to understand an American man is to understand baseball. Much like life, baseball is a team game played by individuals. The game is an equal opportunity presenter: Everyone on the field will have his turn to be a hero or goat. The ball, as the saying goes, finds everyone.

Major League Baseballs
An official Major League baseball consists of a small, round, cushioned cork center inside layers of wound wool and cotton/polyester yarn covered by cowhide. Each ball is hand-stitched, bound together by 216 raised red stitches. The baseball must weigh between 5 and 5.25 ounces (141.75-148.83 grams) with a circumference between 9 and 9.25 inches (22.86-23.49 centimeters). Raised stitches enable the pitcher to throw the ball with spin and movement, which helps fool the hitter. Pitchers stand 60 feet from home plate when they throw the ball, with speeds exceeding 100 miles per hour. 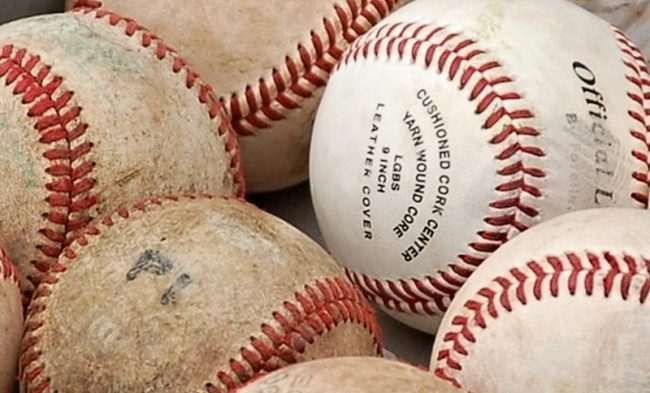 Because the average Major League baseball remains in play for only five to seven pitches, a combined 600,000 baseballs are used by MLB’s 30 teams during the course of a six-month season. Making a baseball is time-consuming. Factory workers, men and women, produce roughly four per hour during 11-hour days in locations in and around Turrialba, Costa Rica. Workers are paid by the piece and the baseball must meet specifications in order to count. 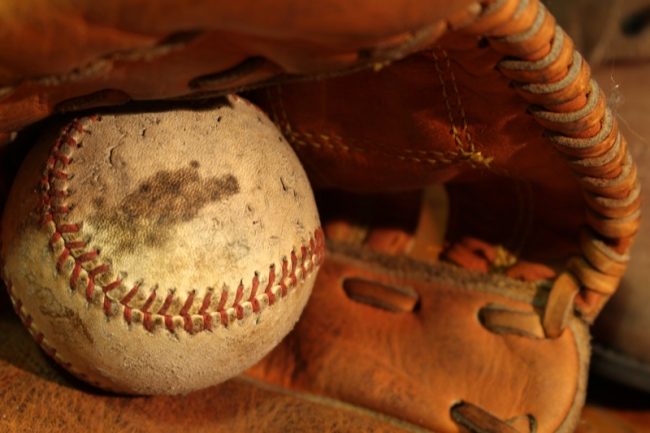 Major League baseballs are prized souvenirs for fans lucky enough to nab one batted or tossed into the stands during a game. 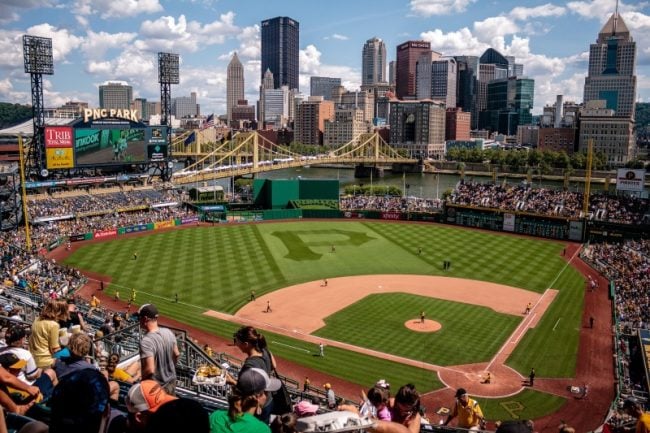 Major League Bats
Major League players use tapered wooden bats somewhere around 33 inches in length and 30 ounces in weight. Most are made of ash from trees harvested in New York’s Adirondack mountains, although a severe infestation of Asian borer beetles has killed 50 million trees and threatens supplies. Each hitter has his own preference on the length, weight, and nuances of his bat. Baseball bats are very personal things to hitters and many have superstitions tied to good ones and bad ones. The grain of the bat’s barrel allows for powerful impact by very strong men, causing the baseball to compress and “jump” off the bat at speeds in excess of 100 miles per hour and travel distances in excess of 450 feet (140 meters).

Watching a Game in Person
Visitors to America should attend a Major League game if circumstances provide the opportunity. Two stadiums are especially historic: Fenway Park in Boston and Wrigley Field in Chicago. Both ballparks are intimate with excellent sightlines and attending a game in one of these stadiums is especially memorable due to their ages and history. Every legend of the game (including Babe Ruth) played in one or both of these legendary ballparks.

Major League teams exist in 30 cities spread from coast-to-coast and border-to-border, so anyone visiting a large American city between April and October has a great opportunity to catch a game in person. Teams play 162 games each regular season, which translates to nearly six games each week. 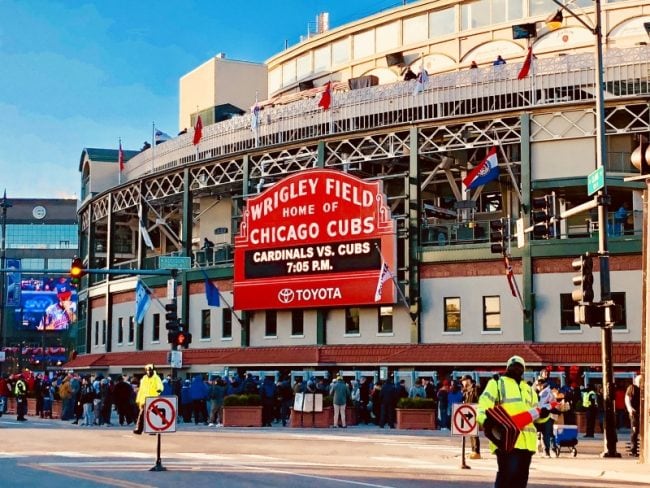 Visitors need not know anything about the rules of the sport to enjoy the experience. Every ballpark is full of fans who will gladly explain the action as you watch the world’s greatest players complete. As with any sport played at its highest level, every game provides the chance to witness something truly remarkable. 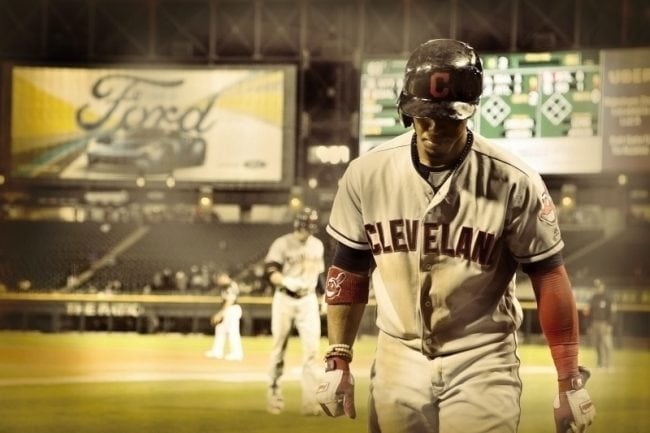 Baseball is part of the American fabric. Catch a game. You’ll be glad you did. 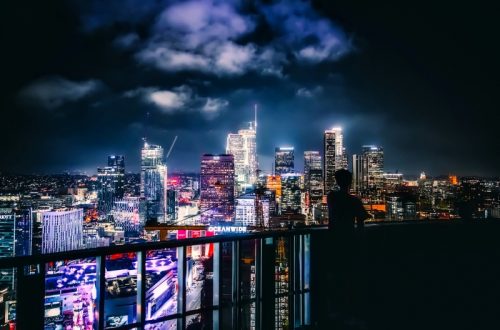 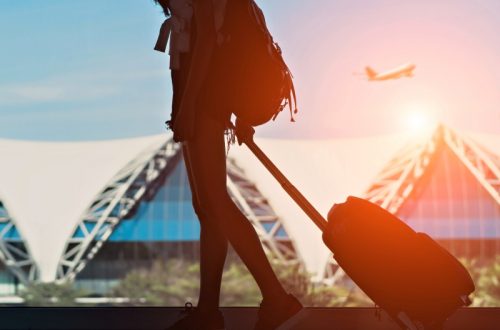 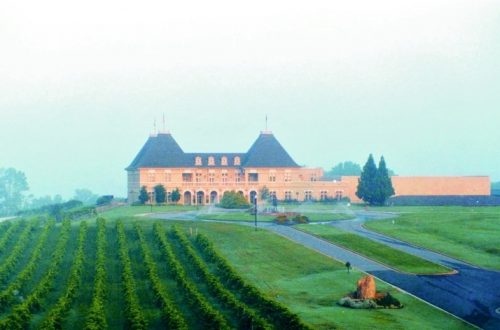